Help us build community and bring the world together

It's fast and easy

Your donation can be $5, 10 or more -- and you can easily make it a recurring donation.

Thank you for your support of music and community!

Please also explore the many levels of support you could provide within our Guardian Angel program.

See the levels and benefits for donors

Our Guardian Angels help transform our community with their gifts. The contributions of these generous donors provide essential revenue to support and enhance our performances, sustain our community outreach, commission new choral works and help us fulfill our mission of building community one song at a time. Please contact us at guardianangel@angelcitychoral.org for information about corporate giving and additional benefits.

BY BECOMING A GUARDIAN ANGEL YOU WILL RECEIVE

Prestissimo: $10,000+
8 VIP tickets to the next Spring or Holiday concert
Sponsor Acknowledgement
Featured presence on the ACC Website and Social Media
Guardian Angel Thank You Dinner with the Artistic Director

Allegro Vivace: $5,000+
6 VIP tickets to the next Spring or Holiday concert
Sponsor Acknowledgement
Featured presence on the ACC Website and Social Media
Guardian Angel Thank You Dinner with the Artistic Director

Vivace: $2,500+
4 VIP tickets to the next Spring or Holiday concert
Thank you in the program

Fortissimo: $1,000+
2 VIP tickets to the next Spring or Holiday concert
Thank you in the program

Allegro: $500+
2 General Seating tickets to the next Spring or Holiday concert
Thank you in the program

Crescendo: $250+
General Seating Ticket to the next Spring or Holiday concert
Thank you in the program

Dolce: $249 and under
Advance notice of upcoming concerts
Thank you in the program

Thank you for your support of music and community!

Please also explore the many levels of support you could provide within our Guardian Angel program.


Benefits are subject to change without notice.

Corporate sponsorships of our concerts and programs are also available, and can be customized. We would be pleased to give you more information and discuss sponsorships with you, as well as potential company matching gifts, in-kind donations, stock gifts, endowments, or legacy gifts.

We thank our community for all the generous support every year, and we look forward to partnering with you.

Fourteen-year-old Mivuyo dreams of being an actress. Candace wants to be an eye doctor. In all, 22 young teens from Cape Town, South Africa opened their eyes to new horizons filled with possibilities as they visited L.A. and sang with us as our hosted guests. 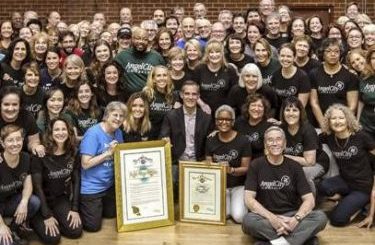 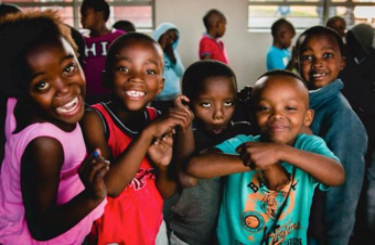 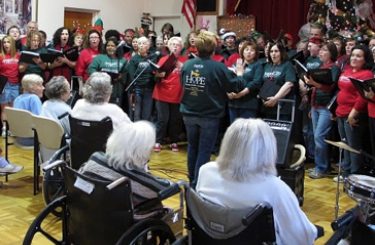 This is how we live our mission.

We reach out to communities near and far and help them cross the barriers that divide us and unite us in song.

ACC brought these South Africa township kids, the Amy Foundation choir, here to sing with us at our One World, Many Voices II concert in 2018. We had traveled there to perform benefit concerts in 2011, raising funds for the foundation's sports, arts, music, and education programs in the townships.

ACC brings people together, across age, gender, political views, sexual orientation, religion, race, ethnicity and economic background with the purpose of using the power of music to unite and enrich our a community.

Your donations and support help us expand our outreach through concerts and programs that build musical bridges to communities close to home and around the world.

Your support helps us to purchase, commission, and arrange music … to rent rehearsal and performance spaces ...to produce our concerts … and to share the joy of music with those most in need of its comfort.

We invite you to join us today by making a tax-deductible donation, becoming a Guardian Angel or exploring the options for corporate sponsorship.

In addition to the concerts and donations listed below, ACC collects small travel size toiletries, puts them in gift bags and distributes them to various agencies including the Down Town Women’s Center, LAMP Community, OPCC (Ocean Park Community Center), and others.

Cal Vets Soldiers Home
A 396-bed, long-term care facility in West Los Angeles providing California veterans with a living environment that protects their dignity and contributes to their self-reliance and self-worth.

Weingart Center
An agency serving the homeless. Transitional housing is provided along with meals, job preparation, and counseling for more than 500 people. ACC donates clothing (underwear, socks, etc.) to the residents.

Mar Vista Housing Project
A low-income housing project for families for those who would otherwise not have an adequate place to live. ACC performs and has also connected with the Venice Boys and Girls Club, located on the site.

Nazareth House
Nursing home for members of the Catholic clergy and church, and a sanctuary for aging couples and elderly men of all faiths who seek a high-quality, residential facility to support their physical, emotional and spiritual well-being.